As the world's only source of lighting for centuries, candle making has a long history, at least dating back to 5000 years ago. Candles were used in almost every culture in the ancient world. Today, candle manufacturing industry has become a high profit industry. Fragrance candle diffusers include sweet pea diffuser, culture reed diffuser, eco friendly reed diffuser, etc.

1. Candle and the Ancient World

The utilization of candles by the ancient Romans began around 500 BC and was mainly for oil lamps and religious ceremonies. The Egyptians used wick candles earlier than the Romans, dating back to 3000 BC. The ancient Chinese make wicks with Chinese art paper and made wax from local insects and seeds. Ancient Japanese made wax candles from nuts. In India, perhaps the world's first scented candle was made from boiled fruit from cassia trees. 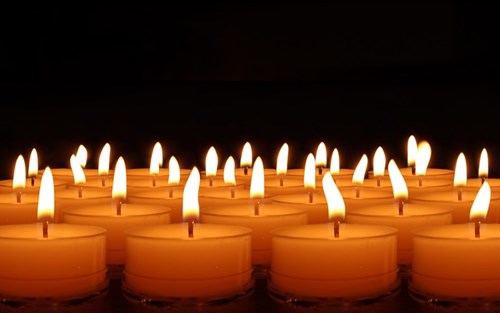 (2) The Development of Candles in the Middle Ages

Beeswax candles were introduced into Europe in the middle ages. They are much better than animal fats because they burn clean and pure and do not produce smoke.

The first American contribution to candle making took place during the colonial period. Women produce a clean, burning, sweet wax for candles by extracting and boiling the berries of the red bayberry bush. This is the first scented candle produced in the new world, but the process is cumbersome and labor-intensive. It needs a lot of red bayberry leaves to make a candle. Some improvements in wax extraction and mechanized production were also brought in the 19th century. For the first time, candles were both available and affordable.

(4) Candle Making in the Late 19th Century and 20th Century

The candle industry declined sharply in the late 19th century due to the adoption of advanced lighting methods, including kerosene and lamps. From the beginning of the 20th century to the 1950s, candles were welcomed again. By the mid-1980s, candles became one of the decorative products for families and fireplaces. The unusual increase in demand for candles in the 1990s led to the development of new types of candle waxes, such as soy wax and palm wax, which are softer and burn much slower than traditional wax. Today, candles are still very popular with consumers.

Modern candle manufacturing industry is a multi billion dollar industry, even though candles are not a necessity. The two largest manufacturers are private companies, SC Johnson and Yankee Candle. According to statistics, the annual sales of candles in the United States in 2015 was about $3.2 billion, excluding candlestick holders and other accessories.

Almost a third of candle sales take place during the festival. According to some surveys, 96% of candles are bought by women. Research shows that fragrance is the primary factor affecting candle sales. In addition, there are up to 2000 types of candles and more than 10000 fragrances to be chosen from. American candle manufacturers use more than one billion pounds of wax per year, of which paraffin wax is the most commonly used, followed by beeswax, soy wax, palm wax and mixed wax.

3. About the Smell of Candles

For a scented candle, the fragrance may be more expensive than the wax used to make the candle. It is impossible to standardize the determination of the appropriate amount of odor, as it is almost always a personalized decision. Reed diffusers include marmalade reed diffuser, organic reed diffuser, black cherry diffuser, etc.

Broadly speaking, all waxes can be divided into two basic types, mixed wax or straight chain paraffin wax(non mixed wax). Choose the wax that best suits the needs and find the best price. The most important thing about waxes is to know their melting point, oil content and wax hardness. Understanding these variables will help any candle manufacturer to choose wax. In the creation of candle fragrance, four important factors should be considered, gender attraction, fragrance characteristics, popular notes and names.

The return on odor is decreasing, and adding more fragrance to the wax may be redundant, resulting in higher costs. And some plants, such as French vanilla, cinnamon and mulberry, have natural strong fragrance.

In short, the candle manufacturing industry has a rich and colorful history. Despite centuries of evolution and change, it still exists. They may no longer be the only source of light, but candles and their scent are still deeply rooted in people's hearts.