The Origin of Aromatherapy Candle

1. The Name of Candle

We all know the English name of candle - CANDLE. It actually comes from the Latin candere, in which the root can means shining and white light, and the suffix‘le’has the meaning of‘small’.

2. The Origin of Candle

The origin of early candles was to tie wax (beeswax) or fat to torches made of wood chips such as bark and vines. Beeswax candle developed from torch has been applied in Egypt, Greece, Rome, China and other places with historical origins since the 3rd ~ 4th century BC. After that, there were all kinds of development in different parts of the world.

3. The History of European Candles

In the early 9th century, there were candles made of animal fat in Europe. When it burned, it sent out the fragrance of honey wax, which was a very noble and luxurious item. So at that time, it was only utilized by the rich upper class, families, temples, rituals, etc. Ordinary people usually use candles made of animal fat that were easy to get started with. Because for the candle made of animal fat, cheap is the biggest bright spot, but the disadvantage is also obvious. That is, it took half an hour to cut the candle wick, and the smoke generated when burning was also very choking and smelly.

4. The History of Japanese Candle

About in the 6th century in Nara period, when Buddhism was introduced into Japan from China, there were candles in Japan. In the late Muromachi era (1336-1573), the method of making wooden candle was introduced. In the Edo period (1603-1867), Japanese candles made from wild lacquer trees began to appear. At that time, all the candles made in various places were transported to Edo. However, due to the utilization of wax from wild lacquer trees, the production of candles was very time-consuming and the cost was very high. For the common people, they were luxury goods very difficult to obtain. 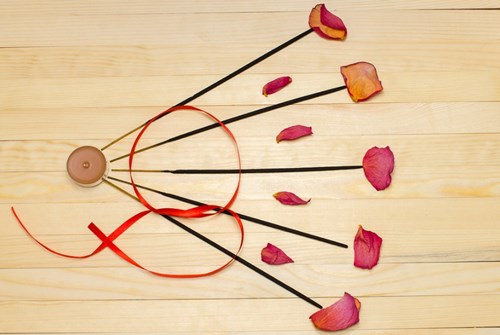 The most prosperous period of wax production from rhus verniciflua was at the end of the Meiji period (1868-1911). At that time, the production technology has been very perfect, and the scope of usage was gradually expanded. Since the second half of the 19th century, Japan began to produce a large number of Western candles made of paraffin wax. At present, most of the candles popular in Japan still have the characteristics of paraffin wax.

5. The History of Candles in Britain

The discovery of paraffin wax in the 19th century marked a new era in candle making. In the 1850s, paraffin wax candles were made in England. Since then, Europe and the United States have also started production. Slowly, the original candle made of all kinds of wax began to be made from paraffin wax.

Since the invention of electric light, the night is no longer dark and it is beginning to be bright. As a result, the candle's mission has come to an end.